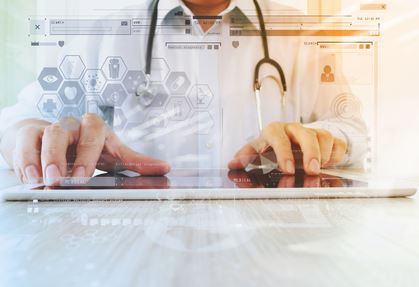 Scientists have been trying to find a cure for hair loss for years now. There are many products on the market that claim to cure it, but very few of them actually work. More often than not, those who use these products are left looking almost the same despite devoting themselves to trying to regrow their hair.

It sounds like scientists may have stumbled upon something that will actually work, though, and it can prove to be a godsend for the millions of Americans out there dealing with hair loss. In a study published in the journal PLOS Biology recently, a group of researchers reported that a drug that was originally designed to treat osteoporosis might actually reverse hair loss in people and offer up an actual cure for hair loss.

The researchers originally started their study by investigating a drug known as cyclosporine A, which is a medication often prescribed to those dealing with rheumatoid arthritis and Crohn’s disease. One of the side effects of that medication is hair growth, and they found that the growth seemed to occur because the drug targeted a protein called SFRP1.

The researchers then took a close look at another medication called WAY-316606 that is typically prescribed to those dealing with osteoporosis, a condition that causes people’s bones to become weak and brittle. That drug also targets the same SFRP1 protein without carrying some of the potentially dangerous side effects of cyclosporine A. They found that it appeared to trigger hair growth in about 40 people who were taking part in hair transplant procedures.

Researchers are now hopeful that WAY-316606 might hold the key to curing hair loss. Additional research will, of course, need to be done on the drug and the effect it has on people. But it sure sounds like scientists could be inching closer towards curing hair loss once and for all.

While WAY-316606 might be able to help those dealing with hair loss in the future, it’s going to be a while before it becomes a reality. In the meantime, NM Hair Replacement Studio can provide you with real hair loss solutions for men and women that work. Call us at 718-267-2516 to find out what we can do for you.