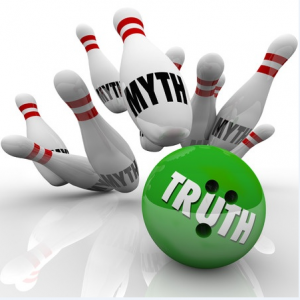 NM Hair Studio has helped many clients over the past three decades deal with hair loss using a hair replacement system that blends completely with a person’s natural hair. Many clients have come to NM Hair Studio with ideas in their head about hair loss. Oftentimes, those ideas are myths– believed to be true, but not true!

Did you know, for example, that while many people assume hair loss has a genetic component such that it “comes from the mother’s side of the family,” it can come from either the mother or father’s side or both.

Some people think the process of becoming bald means their hair has fallen out, but the truth is it can involve hair changing from a certain thickness to finer/thinner hairs over time, giving a person the bald look.

Have you heard the myth that wearing baseball caps all the time leads to baldness? If you think hair can’t “breathe” because it’s covered by a cap, think again… hair takes oxygen from a person’s blood stream instead of the air, so wearing caps are not scientifically correlated to hair loss.

Some wonder if clogged pores or too much shampooing can lead to hair loss, neither of which is true. Clogged pores lead to acne, not hair loss. And shampooing doesn’t matter when it comes to hereditary baldness.

The average person assumes only men go bald and/or loses hair, but the truth is that a large number of women also deal with thinning hair during their lifetime.

Finally, there’s a myth that hair loss stops as people get older. Sorry, that’s not the case. Once it starts it never really stops, though the rate at which hair loss occurs can vary… some people start going bald early in life (in their 20s) while others may not start ‘til later (in their 60s). If you know someone who starts losing their hair at a young age, it’s very likely they’ll eventually be as bald as bald can be.